I went to Ipoh Parade a few evenings ago, I don’t even remember when exactly. Anyway, there was a car fair or something and car dealers were displaying their cars from Suzuki Swift to Honda Accent to Jaguar XF. There were a few sports cars as well but those were crowded with people that I didn’t want to wait around for them to clear so that I could take some decent shots. 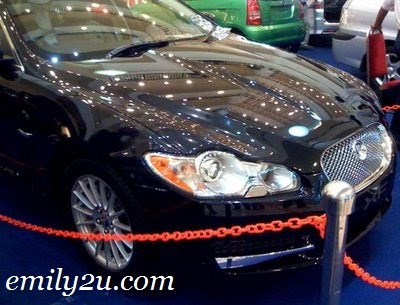 I took some shots of this black Jaguar XF instead. It is not always that we get to see a Jaguar on the road. Yes, there ARE Jaguars here in Ipoh but of very old models. There’s a classic model I saw and you know what? Road tax alone is more than MYR4000 a year! Let’s not forget that it’s a fuel guzzler as well! 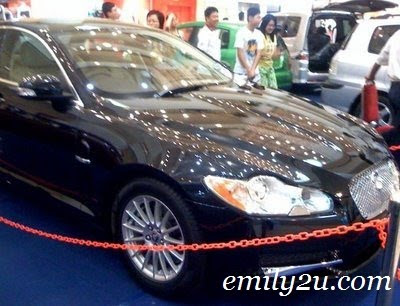 I don’t even know why these car dealers even bother displaying their cars in Ipoh. It’s not as if the majority of the Ipoh folks could afford it and it is not even possible to fish for corporate clients unlike in Kuala Lumpur.

There was a red hot Toyota Celica as well that requires MYR5000 down payment and a monthly instalment of MYR1,300. It does not really sound extremely expensive but with the rising fuel prices and the domino effect that has on basic necessities, one wonders if driving such a luxurious car is worth it. 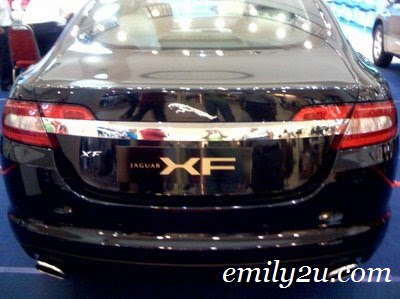 Oh yes, and don’t forget, if one could afford such a car as the Jaguar XF, he would have to get a uniformed driver as well. Well, I think these dealers are just wasting their time and rental coming to Ipoh!

3 thoughts on “Jaguar XF in Ipoh”