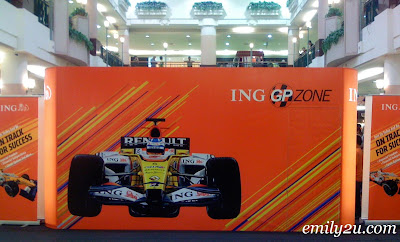 I took these photos when I was in Kinta City last evening. Most people were busy with the games over at the other end of the concourse. I think there were prizes up for grabs, that’s why. 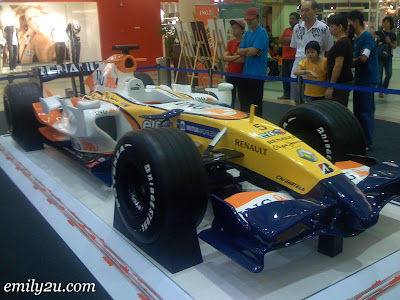 Anyway, I did not bother with the games as we had to register and then wait for our names to be called. I just took these photos and ciao-ed. 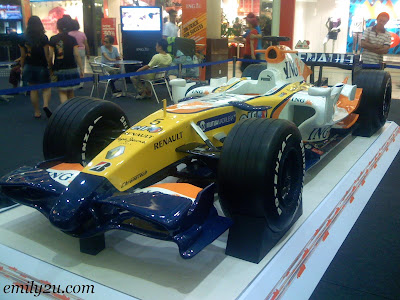 There weren’t many people interested in the race car when I was around, at least less of a crowd than the auto show where the Jaguar XF was displayed in Ipoh Parade two months ago. 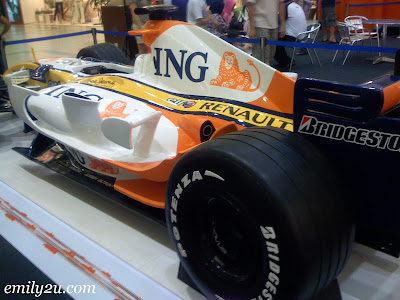 Even so, each time I was about to take a shot, people would come over at the other side that I inevitably captured them on my image as well but at least the security guard turned away LOL 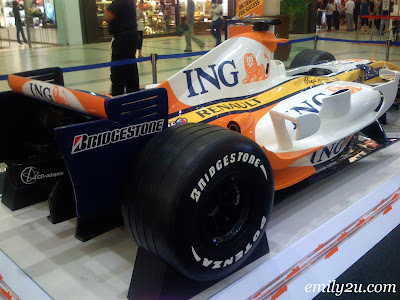 Although I have been a fan of Formula One for years now, living in backwater Ipoh, this was the first opportunity I had getting close to a real Formula One race car. The car is larger than it looked on television. It was like a boat. 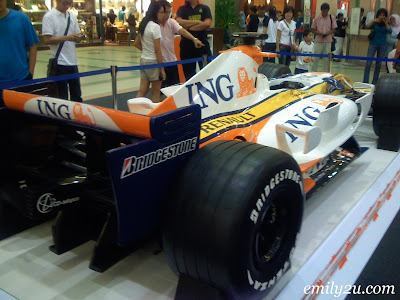 I have to confess that ING Renault F1 Team is not my favourite F1 team but heh, this was at good as it gets unless I head to Sepang during race weekend, so not complaints! 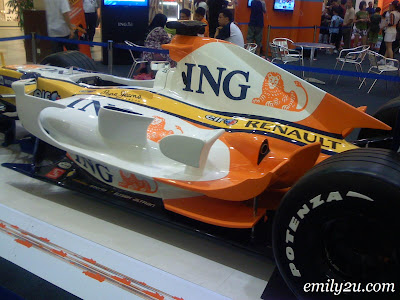 I also took a couple of photos from the first floor. I actually took a few more but deleted them because I think they were spoilt by balding heads. SIGH 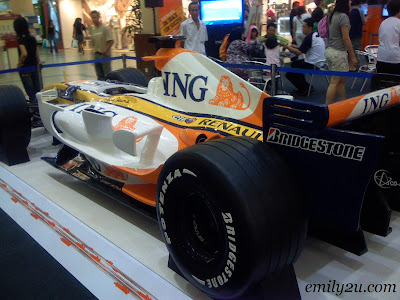 Children had the chance to race against each other in remote control cars and I think there were prizes of scale car models to be won. There were computer games as well, though I could not see what sort of games they were, except for boxing. LOL 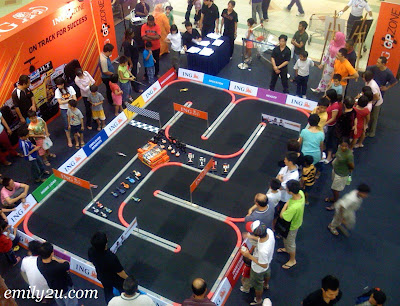 As you can see from these “aerial” shots, the crowd was small but I expect Kinta City to be more crowded on Saturday and Sunday when people usually spend the entire day there even when there’s no special activity, demonstration, roadshow or sale. 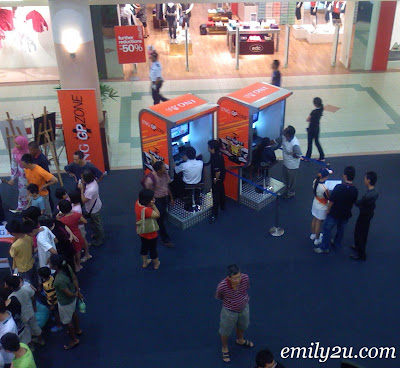 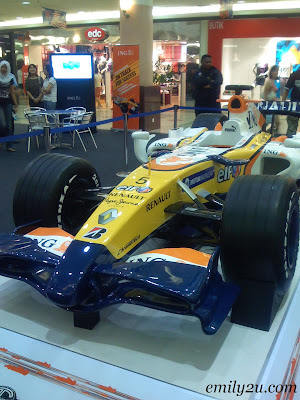