Snoopy is the name of my doggie, named at birth by a 7-year-old kid. When we adopted Snoopy at three weeks old, we decided to keep his name in case he suffers from identity crisis.

I remember when Snoopy was a puppy, a friend of mine came to my house and I asked her to call Snoopy, which she did. Each time Snoopy heard his name, he would bark. It was very funny but that proved that he could recognise his own name even though he was only a puppy. 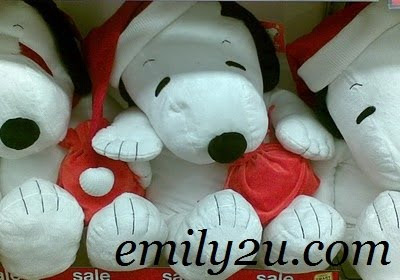 I took this photo of Snoopy at Watson’s and I think it turned out pretty well considering that red is a hard colour to capture. I think the white is great in this shot too and looks pristine. Sometimes white may turn out yellowish or creamy and that would spoil the contrast.

My E61i surprised me this time. With this single shot, I certainly could not complain.