I went to KLCC for one whole afternoon yesterday, just walking from one level to another. I’ve never been there before so of course, I was simply overwhelmed by the huge space. My friend told me that I would die walking in MidValley Megamall if I thought that KLCC was huge. LOL

I was walking alone, a little lost but after awhile, I was able to make my way around. I wanted to buy something but everything was way too expensive for me. I was told that rental is at least RM30,000 per month. Well, the place has so many shoppers, it’s worth paying, I guess. 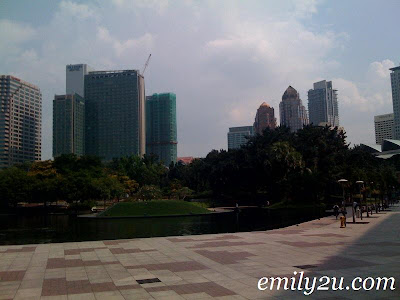 My leg was very painful, though, from all the walking. Anyway, I remember hurting the same spot when I was nursing Snoopy and I thought it was OK already but I guess not. I really should be more careful next time and not strain it again. 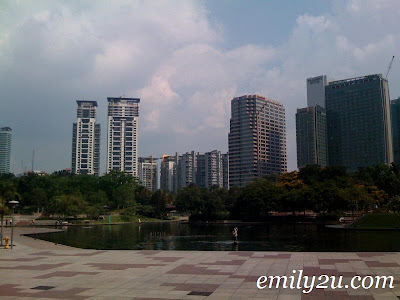 I only ended up with two photos of my trip to KLCC. The place simply had too many people around I didn’t feel nice taking photos of them accidentally. Perhaps I’ll go again one day.

One thought on “Window Shopping In KLCC”