Just now, I wanted to go to Kinta City early to catch and video record the 8pm performance by the Tianjin Peng Yang Dance Theatre Troupe of China. Just as I was leaving the house, my aunt came over and delayed me. 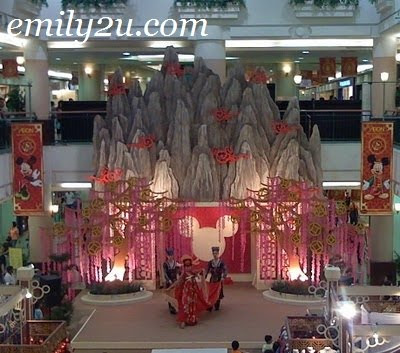 So, I decided to leave the Olympus at home because I thought that by the time I reached Kinta City and found a place to park the car, the show would be over. However, when I reached there, they were only starting the third dance. I soon found out that there were only five dances and that means I missed two dances AND A GOOD SPOT! 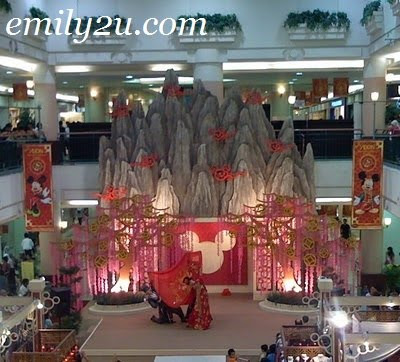 No way could I find a place on the ground to shot over people’s back and heads so I had to go to the balcony of the first floor and shoot across to the stage. Well, if you have visited Kinta City before then you would be able to imagine the distance. But there was no crowd upstairs so I had plenty of room to manoeuvre. 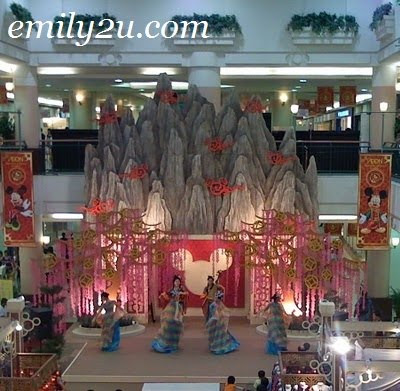 I actually took more shots with my Nokia E61i but they all turned out totally washed out. I am so ready to dump it into the Kinta River right now! 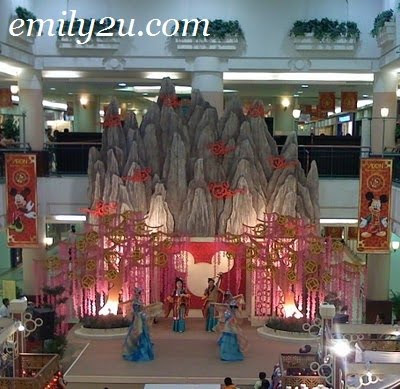 I don’t regret that I did not bring along the Olympus. After seeing the dances, I know that I would not be able to shoot good photos because of all the movements, like the time I shot the bouncing Doraemon. I need some guidance on the settings to use for taking pictures of moving objects. AUTO just won’t do anymore. 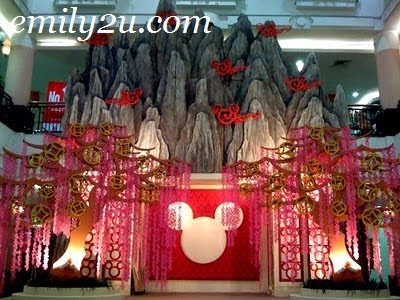 Stage after the performance

And I know better than to shoot videos from across the balcony. I shot two videos of the China Blue Sky Acrobatic show a couple of weeks ago. They looked passable on my computer but after uploading them to YouTube, I don’t know what happened but they looked like they were shot underwater. Bah!