I have been spending Friday, Saturday and also Sunday evenings in Kinta City for the past couple of weeks. I am trying to build my YouTube profile, you see. 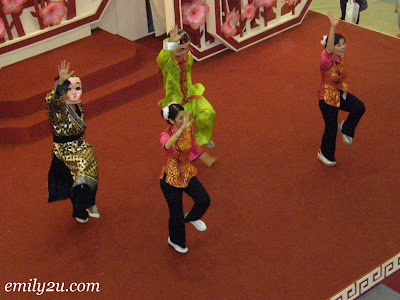 Last evening, I was there to catch the Happy Prosperity CNY Dance which started at about 8pm and lasted for about 40 minutes. I wouldn’t say that the show was exceptionally good. What I was afraid of was actually watching the same shows that I watched on previous occasions in Kinta City because Happy Prosperity Chinese New Year Dance sure sounded like the children’s performance sometime back. I was glad that it wasn’t. 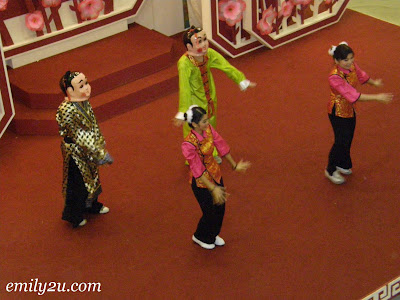 This performance was rather funny, especially when two guys wore face masks of clowns. I don’t know what the English name is, but he’s like a jester. You can sometimes see him in a dragon or lion dance as well, though he did not make an appearance in the lion or dragon dance in Kinta City during these pre-Chinese New Year performances. 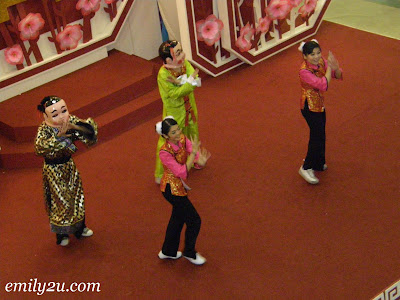 The show kicked off with a dance by the four dancers, and then it was a song by three lovely ladies. They are also from the same dance school, actually. And their singing were lip-synced but that’s OK, we just wanted to see leng luis (hot chicks)! LOL I sort of felt awful for them when the sound system acted up and threw the ladies off their music performances. 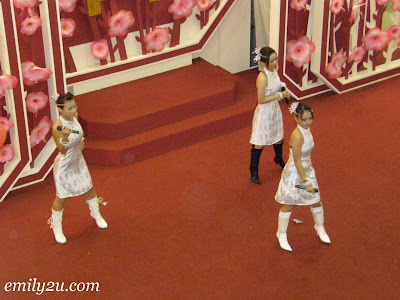 I don’t remember too much but I think there were a total of three dances and three Chinese New Year songs performed. Towards the end, the two “clowns” handed out ang pows (red packets) to children in the audience. I thought I saw them giving ang pows (red packets) to adults as well. I think that nobody would know or even care if children went for a second (or third) helping! 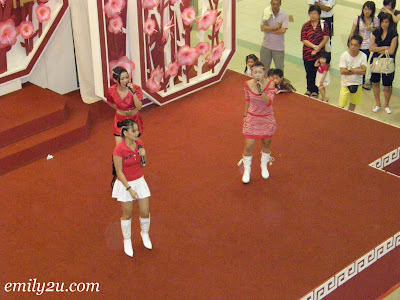 Besides shooting these photos, I also took the chance to shoot videos. Like I said, I am trying to build my YouTube profile. Do check out the Gong Xi dance, ribbon dance and modern Chinese dance videos on YouTube. 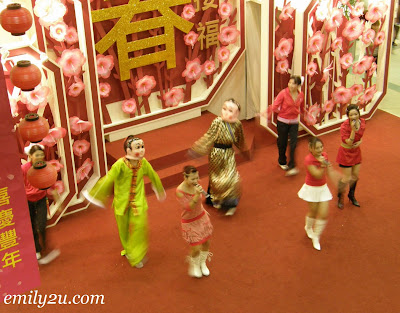