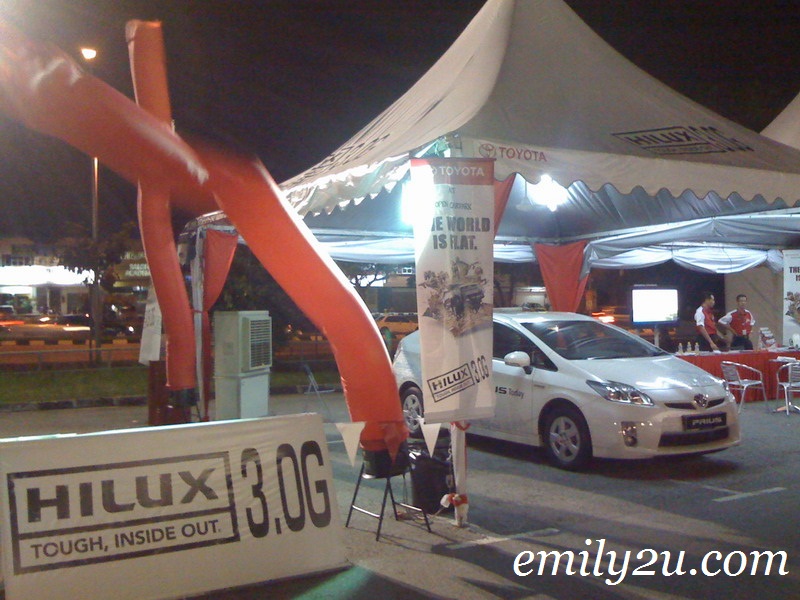 I bumped into a Toyota car show and demonstration a few days ago. I was late for the demonstration where Toyota showed how the world is flat to their new Hilux 3.0G but even though I was late, I could still watch a video of it, and the cars were still around. PHOTO TIME!! 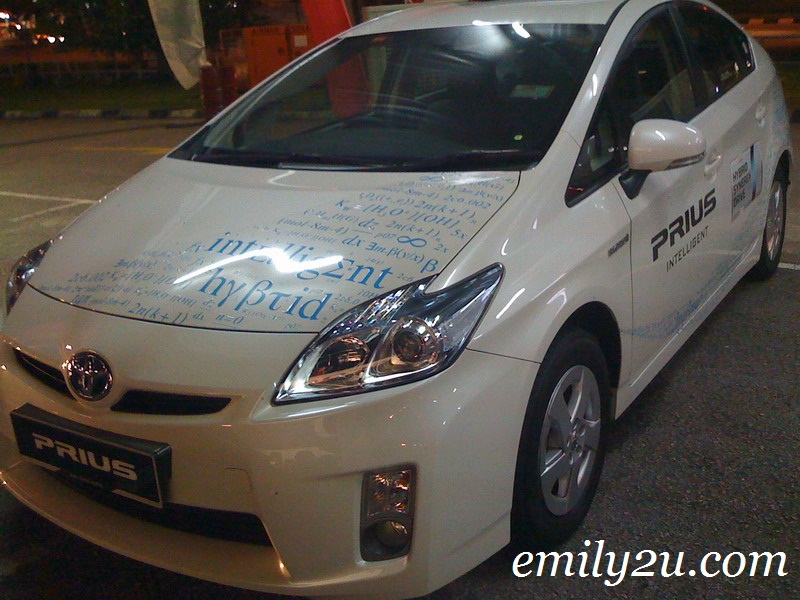 I was particularly interested in the new third-generation full hybrid car from Toyota named Prius, which underwent a drastic price reduction thanks to the Government’s decision to extend tax incentives for hybrid vehicles until 31st December, 2011 as announced in Budget 2011 last month, saving new buyers of the car a hefty MYR35,000! The new on-the-road (OTR) price is MYR139,900; still not cheap, but a whole lot cheaper. 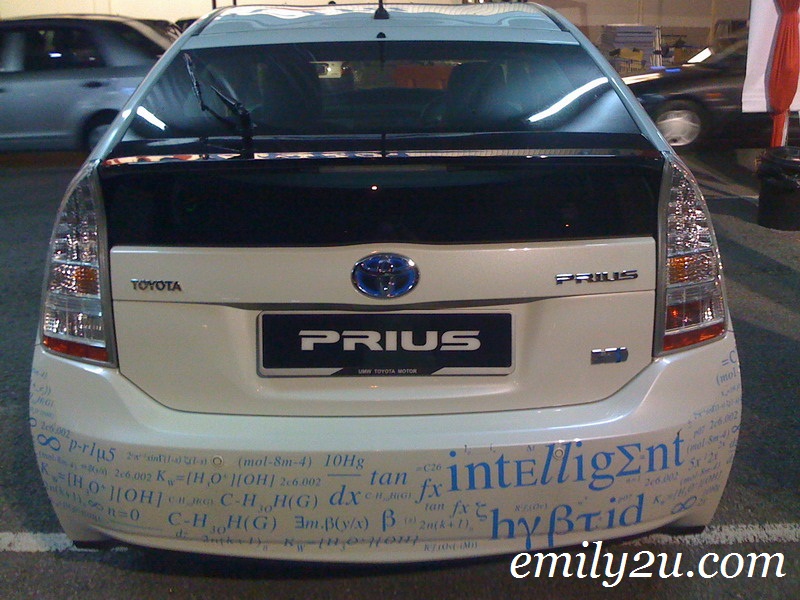 I am not a technical person and can’t really tell the difference from one model to another, as evident in my post on Volkaswagen Polo 1.2 HO! HO! HO!, and I can’t drive very well too, by the way, but the one here is the third-generation 2ZR-FXE model with 1.8L engine. I am keeping my fingers crossed that I got the facts right. Obviously, I’ll leave the review to automobile experts. 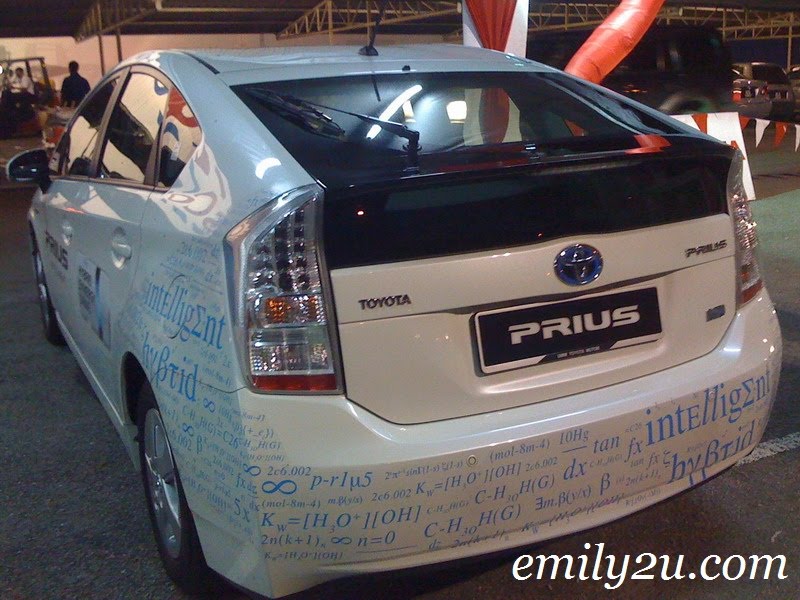 From what I read, the Toyota Prius is a fully-imported Made in Japan car and not locally assembled, hence some people say this price tag is really worth considering. Another good buy should be the Honda Civic Hybrid, with a smaller engine, and like the Toyota Prius, it’s also cheaper now, by MYR21,000 at an attractive OTR price of MYR108,980. So, who’s buying a green car?