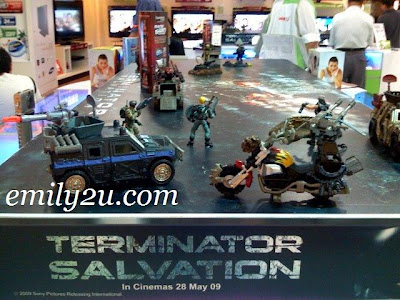 I walked past senQ® Digital Station Ipoh Parade last evening (by the way, I just checked the website of senQ and was surprised to note that this branch was opened for business on 8th December, 2005. Gosh… where has time gone?), and saw these die cast collectibles of an army on display promoting Termination Salvation which will be in cinemas in Malaysia on 28th May, 2009. 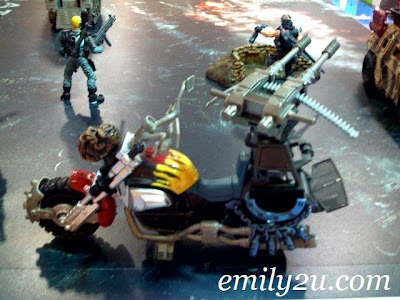 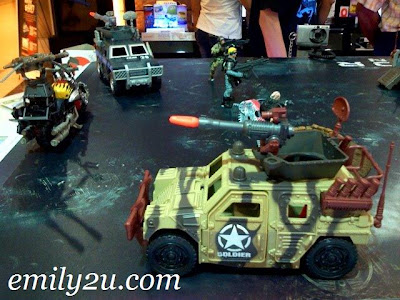 I have to say Terminator Salvation is not my kind of movie though I did watch the earlier Terminator movies. This is the fourth installment. However, if I could get free tickets and I have no choice but to watch Terminator Salvation, I would sit through it, probably only because it stars Christian Bale! LOL 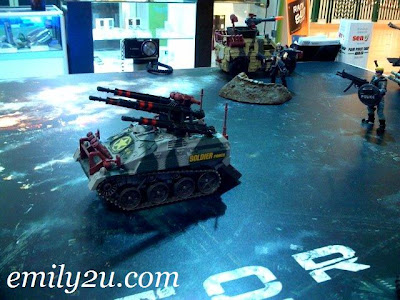 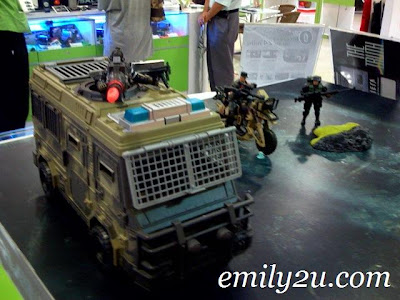 When I was a kid, I had lots of plastic soldier boys and army vehicles but I have already misplaced all of them. I think I had more of those than toys for girls. Too bad I did not know how to keep my stuff well or I could display them at home just like this. 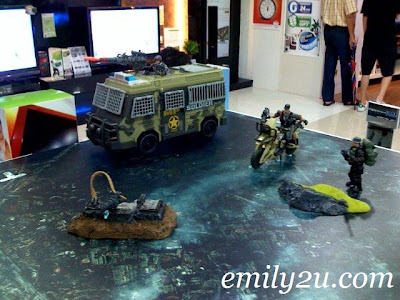 You know, actually I like die cast collectibles and when I have my own home, I would like to keep a display shelf for my die cast vehicles that I plan to collect in future. Hey, they aren’t cheap, you know, and I don’t mean the small toy cars that children play! 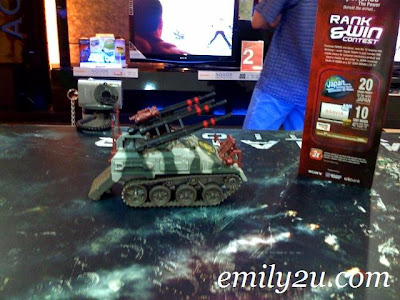