Taking care of an invalid dog has got to be one of the worst experiences one could have. It’s been hell, something which I wouldn’t wish even on my worst enemy. On one hand, it’s fortunate that I enjoy time flexibility doing what I do for a living but on the other hand, I just can’t sit down long enough to do some serious work. Besides, inspiration has flown out the window, as you could judge from the sparse content of this blog.

During the early days since Snoopy fell ill, I have been playing games on Facebook non-stop but those games can only hold my attention so much. Lately, though, I have discovered this hot TVB actor by the name of Kevin Cheng Ka Wing (鄭嘉穎) and I have spent this past week catching up on his old TVB dramas. 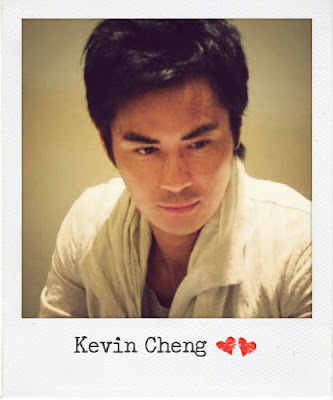 It’s strange that although I do watch TVB dramas occasionally before Snoopy fell ill, I just never watched any by Kevin Cheng; that was until I watched Hard Fate [翡翠戀曲] last month.

Hard Fate is a 30-episode TVB drama with an awful casting. Flora Chan totally needs a stylist and pairing her with Damien Lau was a poor choice. Granted, both are awesome actors in their own right but there was just no chemistry in this couple. No regrets, though. In Hard Fate, Kevin Cheng stood out and I have since then watched one Kevin Cheng TVB drama after another.

I found this list of Kevin Cheng dramas and movies and am going to work down the list. So far, I have already watched Hard Fate [翡翠戀曲], The Seventh Day [最美麗的第七天] and Under The Canopy of Love [天幕下的戀人], where he won Best Actor for his role as Alan Sum Long. I don’t think his role was that outstanding in Under The Canopy of Love to deserve a Best Actor award and in fact, Bosco Wong has a more memorable character but who cares? LOL

Right now, I am watching Life Art [寫意人生], a drama which sees Kevin Cheng pairing up with Gigi Lai. What a lovely couple they make, it’s surreal. Anyway, I only watched two episodes now but at my rate of watching five episodes or more per day, I would be able to complete this 20-episode drama in the next few days.

Next up would probably be The Ultimate Crime Fighter [通天幹探] or maybe I should take a break from dramas and watch his movie, Super Fans [甜心粉絲王]. Looks like Kevin Cheng can, for the time being, help me take my mind off the pain of caring for Snoopy.