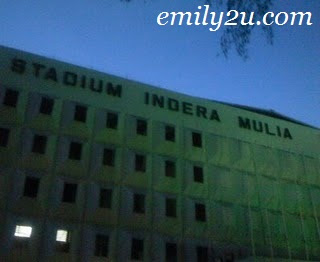 I went to PC Fair this evening. Gosh, you should know how long I waited for this day to come as the one in KL was held on 1st August. Why do we have to wait this long? Anyway, I wanted to buy ink for my EPSON printer. Last month, one color dried up and the thing won’t budge so I had to replace the cartridge in order for the printer to work. I hate new color printers. 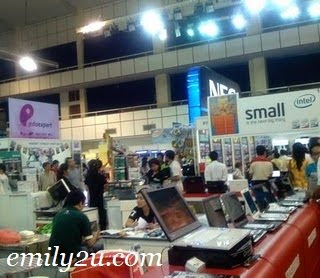 Anyway, the crowd was sparse because it was slightly after 7pm and I was told that most Malay customers have gone to Berbuka Puasa and they will only come in later in the evening. They will be closing on the first day at 10pm. PC Fair Ipoh (II) will be here from 12th to 14th September, 2008. 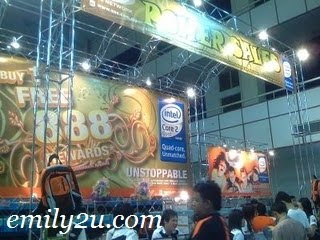 I took the chance to take some photos. I wouldn’t say that there are no leng luis but there are not as many as the PC Fair in KL where some of my friends go just to see the babes and not the IT products on sale. I understand that one has to pay an entrance fee for the KL PC Fair but I may be wrong. Entrance is free in Ipoh. 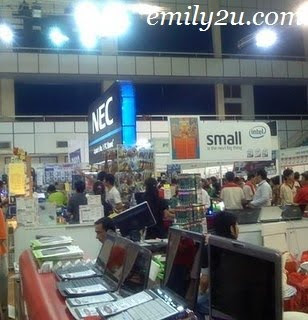 Someone told me that college age students working part time during PC Fair get paid about RM60 per day including a meal. Not bad wor! I wonder if they do get sales commission too on top of wages but I think that part time workers need more training. There was a guy who was selling HSBC credit cards. I went to his booth and he stood in front of me dumbly and did not even know how to pitch his products. 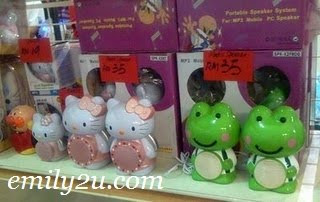 Anyway, I managed to buy ink for my EPSON printer and the retail store said that I would get to buy at MYR28 per cartridge if I were to buy one set. Buying individual cartridges would have cost me MYR30 each, so that’s a savings of MYR8. I thought that spending MYR112 on printer ink alone was too much. After all, only one color ran out but then since I could store the rest, I bought them. The supplier gave me a free “glow in the dark” wrist support/paper weight in the shape of a mouse and an EPSON memo cube. 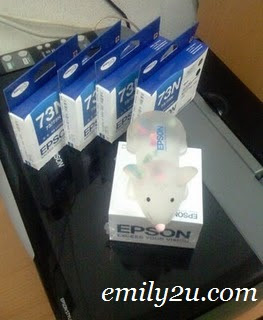 Later, another retailer whom I bought my laptop from told me that for EPSON printers, if I were to change one color cartridge that comes in a new packaging, the printer may not be able to detect it. If that’s the case, I would have to change all of them. The bad part is that once I have opened the cartridge to install and try, I would have voided the warranty. I thought that luckily, I bought one whole set, just in case the stupid printer does not detect the new cartridge. 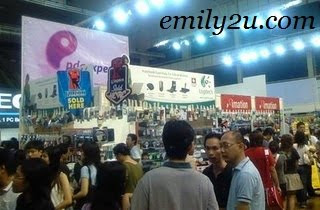 Anyway, I went home wanting to install the new ink but when I switched on the printer and tried to print my PayPal statement, bloody shit, that thing prints! And there was even about 30% ink in the cartridge! Why the heck did it scream that one of the cartridges had run out of ink? I was so pissed off!!! 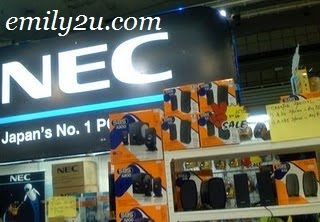 You know, when I first got the alert that the ink has emptied, I still tried to print numerous times but I kept getting an error. Why is it that the dang printer could detect the cartridge now? Why only when I have bought ‘em ink? I now have MYR112 worth of EPSON printer ink with me and I hope that my printer doesn’t go kaput before I have the chance to use them! Pissed! Totally pissed! So pissed cannot sleep!