I went to Ipoh Parade for a short while last evening. After walking the length of the building from one end to another, I was not feeling well anymore and went home. However, I still managed to shoot a few photos where the ceiling and stage in the concourse area were decorated with hanging mooncakes and a Goddess on the moon. 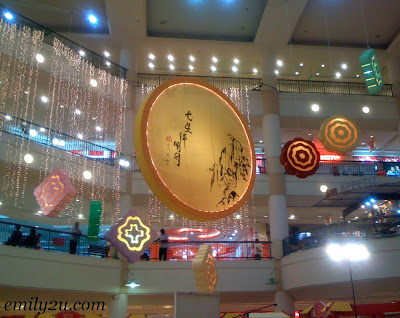 I think these hanging mooncakes of various sizes and colours are awesome but the stage leaves a lot to be desired. 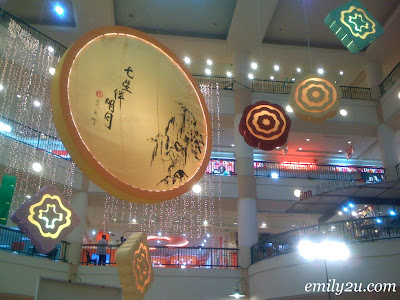 Just look at this reclining Goddess. Doesn’t she look like one of the characters from “A Chinese Ghost Story”? What amazed me is that work like that is accepted by the management. If I had a say, I would have rejected it outright but then, a friend remarked that I have too high standards. 😛 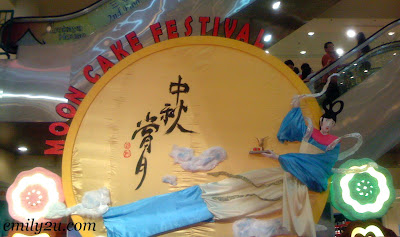