Can you believe that it has been ten days since my last post? Wow, time surely flies. 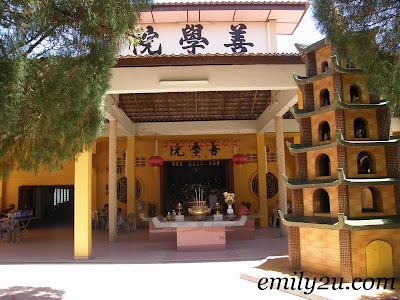 Today’s post is about Kuil Seen Hock Yeen, a Chinese temple in Chemor, Perak. These photos were actually shot on 20th April, 2009, way before the weekend of Mahakala and King Gesar dances. I just couldn’t seem to sit down long enough to string my thoughts into a coherent post, until now. Anyway, less talk more photos. 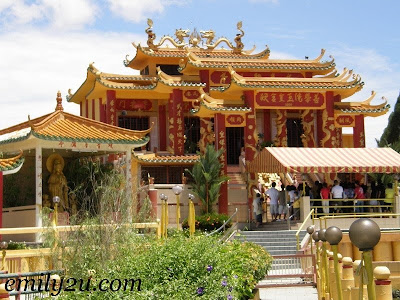 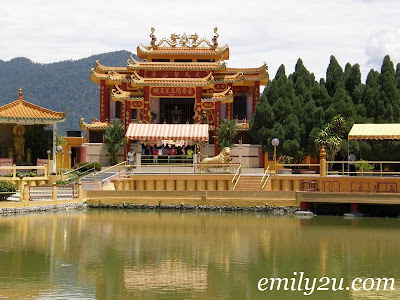 Kuil Seen Hock Yeen is a local tourist attraction with tour groups coming from around Perak and as far north as Kedah and Perlis. If you are interested to visit this Chinese temple, it is best to do so on Friday, Saturday or Sunday so that you could join these groups of tourists to tour the temple. Someone would be on hand to introduce the temple, its history and explain the deities and features of the temple. 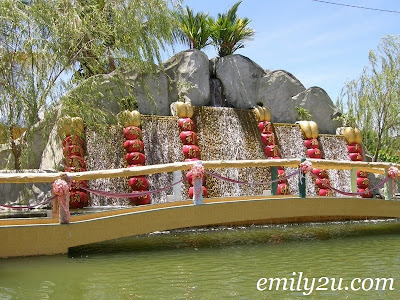 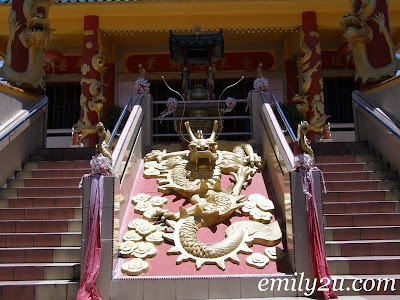 If you have been to the Thean Hou temple in Kuala Lumpur where there are large attractions in the form of the twelve animals in the Chinese horoscope, including Nemo, here in Seen Hock Yeen Chinese temple, you can find something similar. This golden dog is only one of the twelve animals from the Chinese horoscope erected in the grounds of the temple. 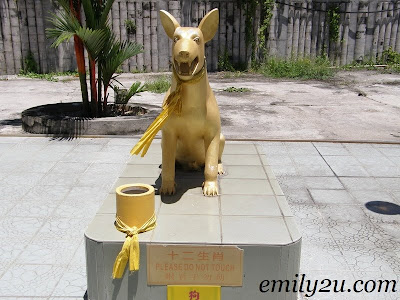 I understand that Seen Hock Yeen temple is still in the midst of expansion and they are continuously seeking public donations to help realize their dream. What they have now is just part of a larger plan. 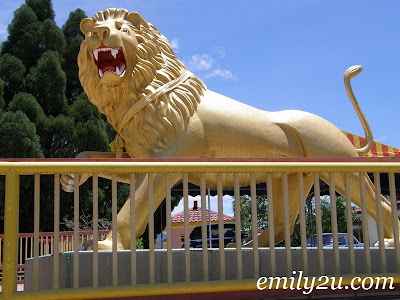 If you would like to make a visit to the temple, the address is:

P/S: A reader wrote in asking for directions to the temple from Penang.

Coming from Penang, after Kuala Kangsar and Changkat Jering tunnel, when you come to the former Jelapang toll gate, turn left towards Chemor.

Immediately after the KTM overhead bridge, turn left and go straight for about 3km. You will see the temple on your right.

Please note that tours of the temple will only be conducted on Saturdays and Sundays.