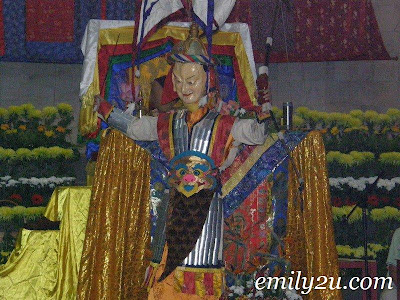 In my previous post, Mahakala Dance, I promised that I would be doing a separate post on the King Gesar Dance which was also performed during the Wealth, Long Life & Wisdom Grand Puja in Ipoh, Perak, Malaysia over last weekend. 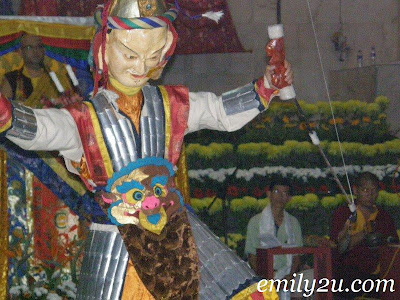 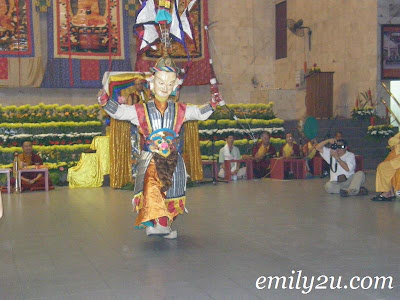 While Mahakala Dance was performed by three dancers, King Gesar Dance was only performed by one dancer. I am sure both dances have their own significant meanings, though the meaning and story behind the dances are lost on me without having to seek Google’s help. 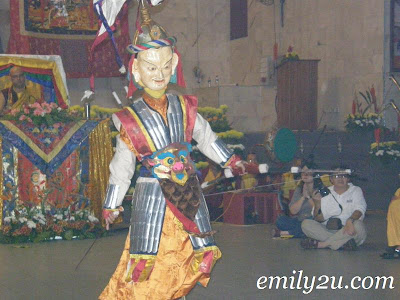 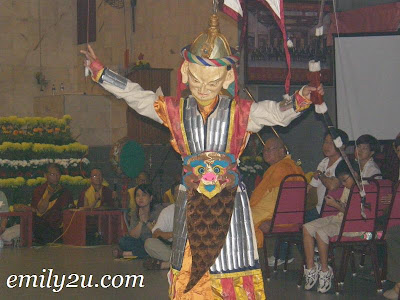 H.E. the IX Kyabje Drupka Choegon Rinpoche conducted this grand puja, which was held over last weekend (Saturday and Sunday 25th and 26th of April, 2009) for two full days at Tow Boh Keong Hall in Ipoh. Prior to this, he also conducted similar programmes in Kuala Lumpur and Johor Bahru. 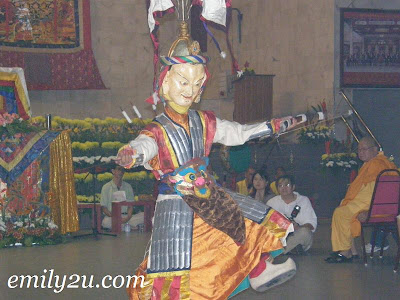 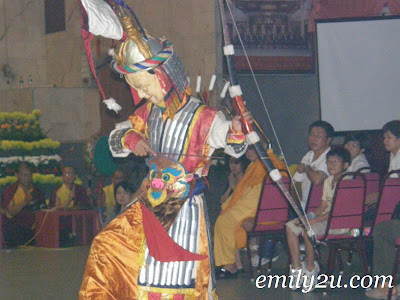 It’s too bad that these photos did not turn out too well. They seem pretty noisy, don’t they? The flash must have acted up AGAIN! It’s too bad that I wasn’t able to video these dances. They would make a great addition to what I have on YouTube. 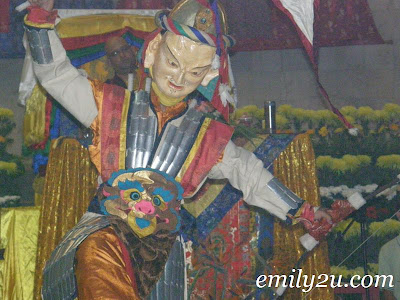