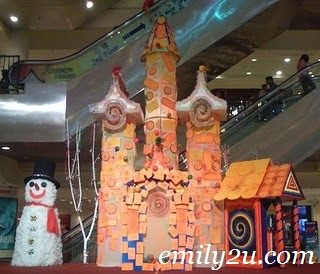 I went to Ipoh Parade last evening and it was absolutely crowded. Luckily I did not arrive any earlier as there was a Tae-Kwando competition. Although by the time I reached the concourse area, it was already over, there were still plenty of people mingle around. I actually took the above photo a few days ago. I wouldn’t be able to even see it last evening as they set up the stage for the Tae-Kwando competition and totally blocked out this beautiful stage decoration. 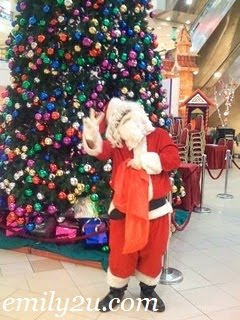 Coincidentally, there was a Santa Claus walkabout. Poor guy, I remember that Santa Clauses here seem to receive very poor reception from the children. He had to give out sweets and candies to even teenagers. LOL Also, I would like to point out to the management that this Santa Claus costume and the ones that I saw in previous Christmases at Ipoh Parade don’t seem fresh. 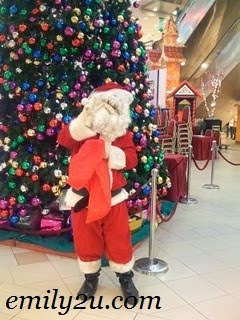 Well, Santa Claus posed for me but it was always the wrong timing; he only put up the peace sign after I pressed the shoot button. I wanted to ask him if he would be dancing this year but I didn’t. He probably wouldn’t even know what I am taking about. 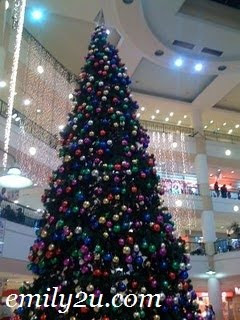 Ipoh Parade also erected this huge Christmas tree. It’s nothing special but it seems like the taller the tree, the bigger the attraction. 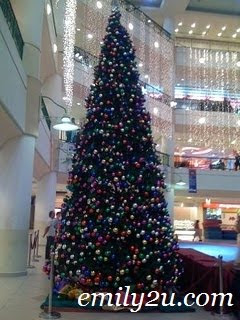 2 thoughts on “Christmas – Would You Be My Santa Claus?”