I was at Kinta City last evening as there was a “Magical Christmas Moments” show so I wanted to take a video of the show. I ended up taking a video without audio because I did not turn the audio recording on. I trashed the video already. Bah! 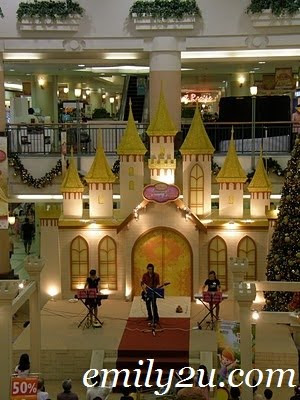 Since this was the first time I took out the Olympus SP550-UZ, it was a good chance for me to see how my iPhone compares to a real digital camera. 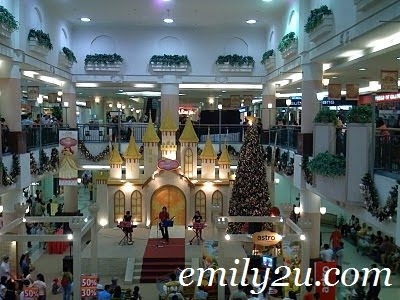 There was a beautiful Cinderella’s pumpkin carriage on display and many people took the opportunity to take a photo with it. I was standing there and four girls asked me to help them take a group photo. I hope the photos turned out fine for them. This is when the XShot would come in useful! 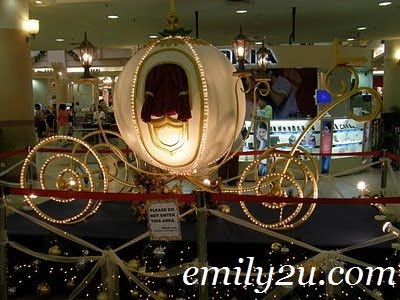 Most of the photos taken with the Olympus had a warm yellowish tone. I did not turn on the flash for all my photos but I think they turned out pretty well. 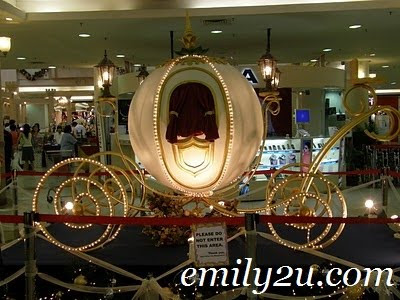 Compared to the Oly, the iPhone was not able to capture the yellowish lights of the carriage. 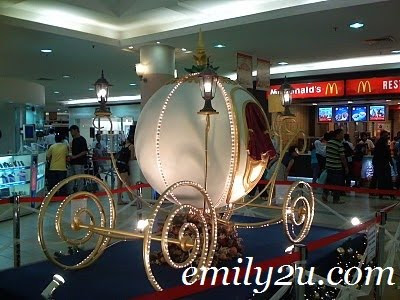 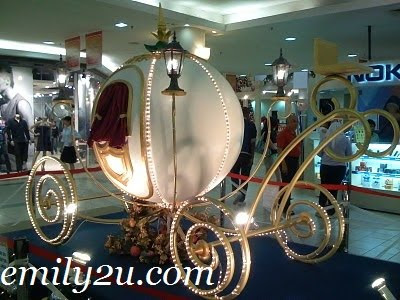 There’s this very huge Christmas tree there as well. It’s really beautifully decorated and it is 1.5 stories tall. Many people took photos with the tree too. I guess it’s something different for Ipoh folks. 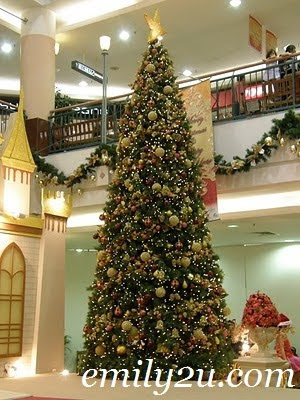