It’s the school holidays right now and everyone is hopping onto buses and trains for a vacation. Cuti-cuti Malaysia is the order of the day.

I too would be going South and because I’m taking the train, which makes fewer trips per day compared to express coaches, I had to buy my ticket early. I bought mine a week in advance at the Ipoh Railway Station, after failing to buy it online because the e-ticketing website did not work. Well, what did I expect? 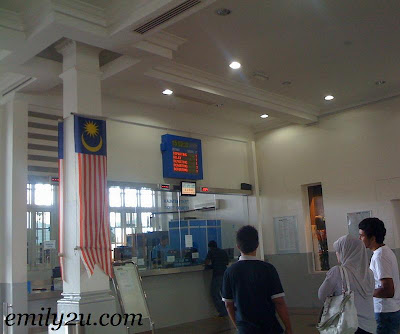 I made my way to the Ipoh railway station on 6th of June, (by the way, it was the second anniversary of Dino’s death, my oh my, how time flies) and because it was Sunday afternoon, I had to wait for close to 30 minutes before I was served. I was surprised because I usually go at night where the station would be almost empty of passengers. 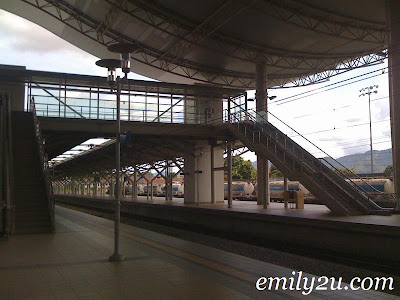 While waiting, I bumped into about four bridal couples who went there to take bridal photos. Can you imagine? I totally didn’t expect that but this must be a weekly occurrence or something. I had no idea at all. 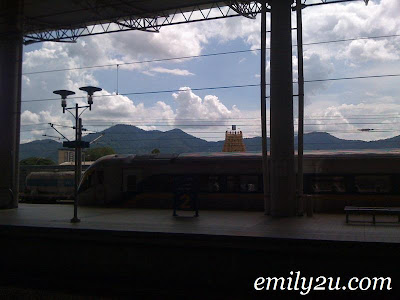 See, I waited so long for my turn that I had plenty of time to take photos. It was raining that afternoon so it was very cloudy but the photos didn’t turn out too bad, luckily. Can’t expect too much from a phone camera. 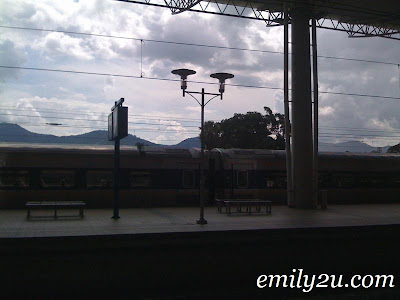 The rail coaches that you see here are actually part of the electric train. Unfortunately, the electric train service that is expected to start this June plying Ipoh – Seremban is still not ready yet. The ticketing counters are still under construction. That afternoon I was there, the electric train was still doing its trial run. The service has been postponed from April; how long more do we have to wait? 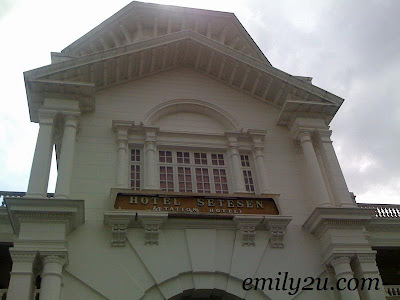 3 thoughts on “Train Ride From Ipoh To …”