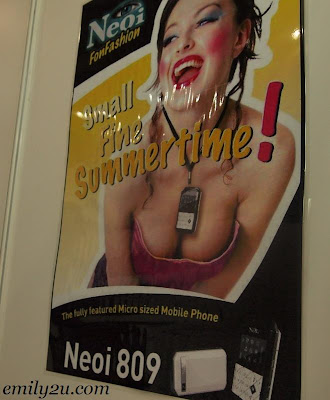 One of the exhibitors that caught my eye when I was visiting Singpore EXPO last week, was Neoi (pronounced Neo-i) from Germany. I remember reading about Neoi on Engadget a long time ago but I didn’t give it much thought back then. Seeing these novelty phones and handheld computers in person though, makes me want to have one for myself too but of course, they were not for sale at the EXPO. The venue was for companies to introduce their products only, not retail. 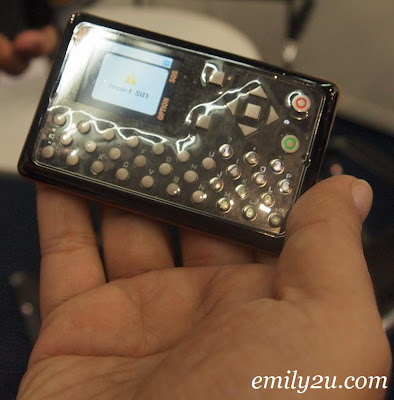 These Neoi fon-fashion phones, I have to say, are not really practically. They are not real working tools like Blackberry and Nokia mobile phones but they are really fun to use; not exactly practical, but would make a great conversation piece. Need to break the ice? Whip out your Neoi fun phone that’s the size of a credit card, just slightly thicker! 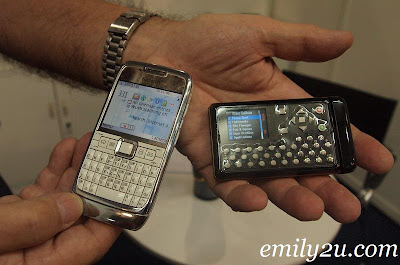 As you can see, we had the opportunity to compare the size of a Neoi mobile phone with Nokia E71 and the already slim Nokia E71 smart phone looks gigantic. Hehehe I should have taken out my two mobile phones for a photo shoot as well but then again the German would think that I’m just wasting his time. I tell you, I felt totally out of place at the EXPO! 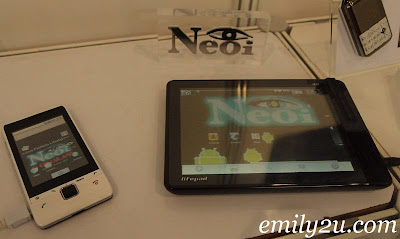 Neoi also has Apple iPad clone called the LifePad. Which works better? I have no idea. Does LifePad run flash? I forgot to ask. Hehehe! You see, Neoi should give me one to try out so that I can write a post of substance! I don’t even know how much Neoi devices are retailed at because I have never seen them for sale before. And because they are not as popular as Apple’s iPhone, you would be hard pressed to look for accessories to dress up your Neoi, unlike iPhone and iPad accessories that are all over IT malls. Genuine or not is another issue altogether! 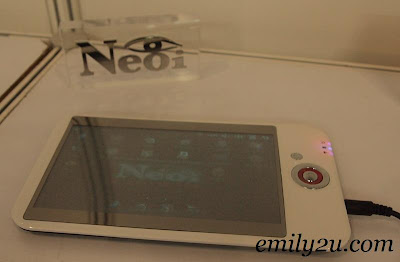 According to what I read, Neoi smart devices run on Android, which should be a lot faster than conventional smart phones that run on Symbian or Windows Mobile. Nevertheless, I can’t really tell since these were put on display only and these was no demonstration for visitors, unfortunately. Engadget previously wrote that minimum order was 500 units so I guess they should have turned on their devices for us to marvel at. 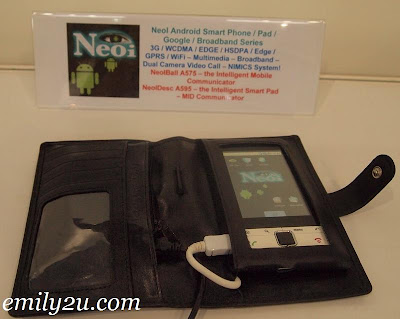 Neoi also has security mobile phones that are actually used to monitor babies and see what they are up to. I don’t know exactly how these baby phones are used but the Neoi 300 bear phones are equipped with buttons that could make and receive “calls”. I guess these are like walkie-talkies, only cuter.