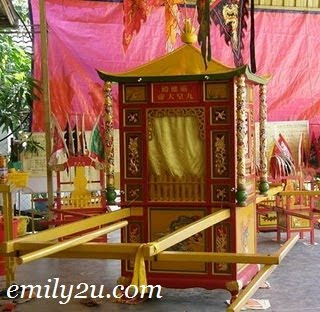 Today is the first day of the nine-day celebrations of the Nine Emperor Gods [九皇大帝] Festival. Persatuan Penganut-Penganut Kew Ong Tai Tay would like to invite all non-Muslims to join in the celebrations at the Kew Ong Tai-Tay Temple located at the following address: 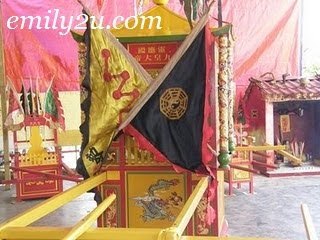 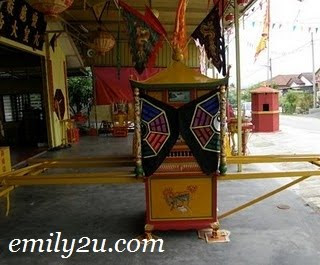 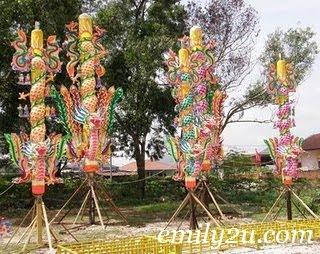 So far, this is the only temple where you can see the lighting of giant dragon joss-sticks with an astonishing height of 23ft 8in. thanks to the support of devotees. 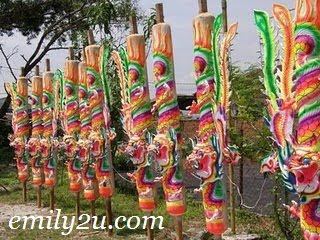 dragon joss-sticks in a row

There will also be various ceremonies, festivities, celebrations, charitable activities and prayers throughout these nine days until 7th October, 2008. Free vegetarian food is served throughout the Nine Emperor Gods Festival. 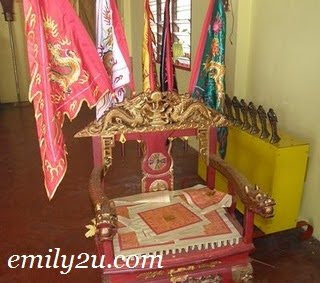 sit at your own risk