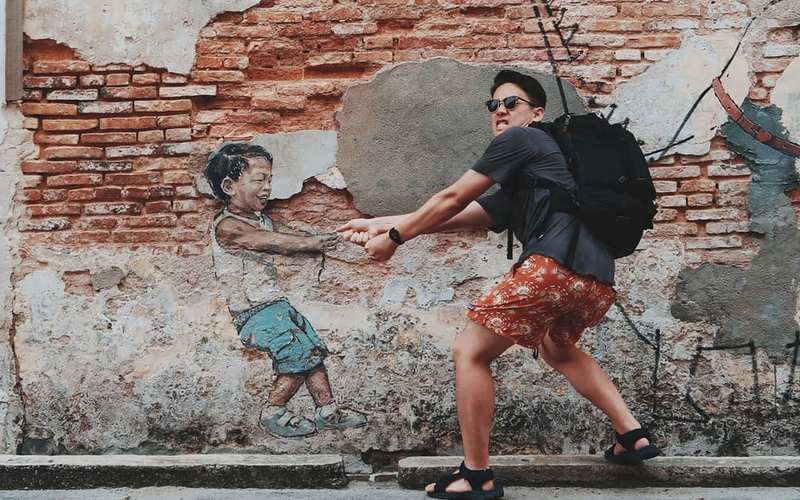 Taking a hiatus from his architecture career in Dubai, Filipino Kenneth Ephraim Surat decided to spend time exploring the world and sharing his discoveries on social media to his friends and fans. What was initially planned as just a six-month break from the corporate rat race turned into a full-time profession as a travel social media influencer. Into his second year now, Surat is still enjoying every minute of his time on the road.

The 30-something Surat, from Marikina on the island of Luzon in the Philippines, visited Malaysia for the first time recently, and spent almost a month in various parts of the country. “At first, I was invited for a short stay at Taaras Beach and Spa Resort in Redang Island to promote the property. Word got around of my visit and I was offered an opportunity to be included in a couple of media familiarisation trips to Selangor and Malacca.

“It was just unbelievable how my maiden trip to Malaysia turned out to be. It was totally not how I expected it. Honestly, I had thought that the trip would just be another stamp on my passport, another tick off my list of countries to explore. I was already briefed by Malaysian friends in the Philippines on how beautiful their country is. However, I was still unprepared. It was certainly not how I had envisioned Malaysia, from the moment I set foot on the fine sandy beaches of Redang to the time I bade Kuala Lumpur goodbye,” reminisced Surat.

From an exclusive sun, sea and surf retreat in Redang, Surat was whisked off to Kuala Selangor in the state of Selangor, where he was introduced to local food and vibrant cultures of the community, under the Rentak Selangor programme jointly organised by the Selangor Youth Generation Development, Sports, Cultural and Entrepreneurship Development as well as UPEN (Unit Perancang Ekonomi Negeri) Selangor.

“It was such an eye-opening experience in Kuala Selangor. In a way, the lifestyle was similar to some parts of the Philippines but because I grew up in Metropolitan Manila, it was all still very foreign to me. While I enjoyed the local cuisine, I would say that the highlight of my trip was the Kuda Kepang dance. It was performed in the dark of the night and there was a prayer ritual beforehand. I wasn’t sure what was happening. The braided horse dance started off normally, but then as the dance progressed, the performers went into a trance, one by one. It was unexpected and rather scary. I tried to stay out of sight but remembered that I had to shoot photographs and videos for my social platforms. It was surreal, yet fascinating at the same time. Even though I had the chance to go hands on during the Kuda Kepang workshop earlier, this was the real deal,” Surat recalled.

In Kuala Selangor, Surat was also introduced to some other art cultures, such as Kompang Jawa, lion dance, gamelan and wayang kulit.

“I enjoy how diverse the culture is in Malaysia. Each state offers a different façade of Malaysian life,” said Surat, who went on to visit Malacca and Tioman Island, Pahang. “It fascinates me how these cultures and traditions blend together to make Malaysians who they are. Talking about Malaysians, I have to say that hospitality seems to be second nature to them. The new friends that I made are now more like family. I was welcomed wholeheartedly in the country from the first day. I have to admit that a major part of what made my long vacation in Malaysia so memorable was the friendships forged. It is something that I will treasure most from my visit,” he added.

When asked what would make him return to the country, Surat said that it would be another opportunity to learn about Malaysian cultures and traditions. “I feel that the preservation of Malaysia’s rich culture and how it is still very much alive in today’s modern world is the country’s strongest attraction. Extra effort should be exerted to preserve this living heritage. More than mega shopping malls, visitors like me prefer to immerse in the Malaysian culture and get to know her people. That’s truly Asia,” Surat continued.

While planning his next trip, Surat most definitely will choose a time with a more favourable weather. He said, “It was surprising how scorching the sun could be in Malaysia. I was melting most of the time when walking around the city. I have lived in Dubai for ten years and thought that I have experienced the worst heat but I guess not!”

Note: An edited version of this article [The accidental traveller] was published on 22nd April, 2017 in the now-defunct The Malay Mail.