I was in Kinta City last evening and bumped into this Bonsai & Suiseki Exhibition. Bonsai, I know but Suiseki? It’s a Japanese word for Stone or something like that, I guess. 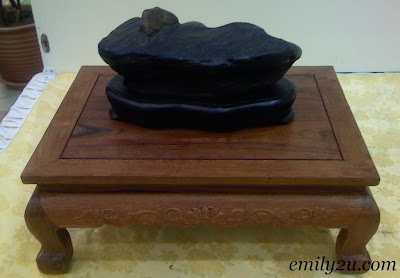 I don’t know when this exhibition began nor am I interested to know when it will end. Errrr… call me “ulu” or whatever, I just don’t know how to appreciate Suiseki. 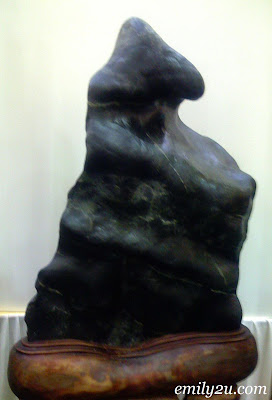 I managed to take plenty of shots but as I was writing this post, I thought that I would rather break up my post into two separate posts; one with photos of Bonsai and one with photos of Suiseki so that it would be easier to view. 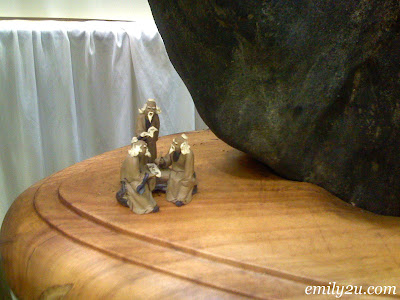 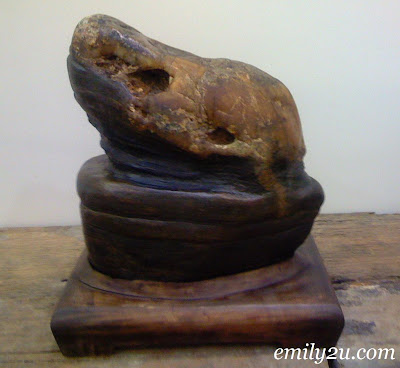 Most of these stones are “mountain stones” harvested from some river in Lasah, Perak, Malaysia. I vaguely know where Lasah is but I believe I have never been there before. Well, let’s just say I never had the occasion to go. 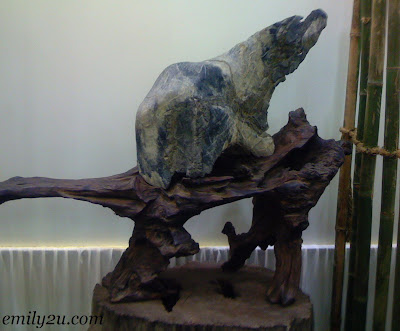 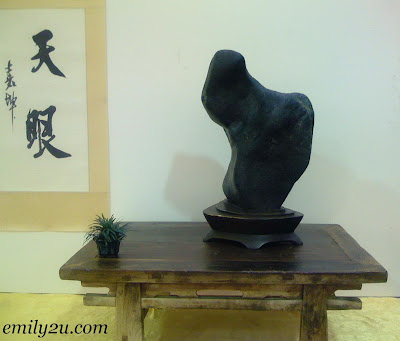 It’s funny that the organizers had to employ RELA members to guard these stones. Who would want to steal them? Even if they are that valuable, most of these stones are so huge and heavy, anyone stealing it would get caught in no time. Maybe the owners think they are gem stones or something. 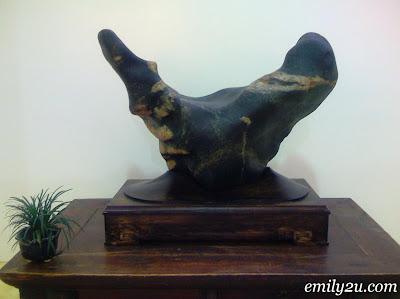 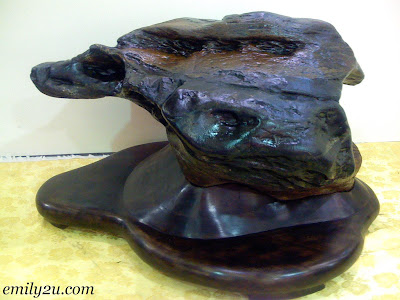 From what I see, most of these stones are owned by a handful of owners only. I could recognize one name and this guy is rather prominent in Ipoh. I think this is probably a rich man’s hobby even if you need not feed the stones. 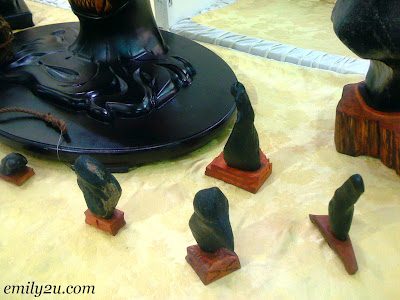 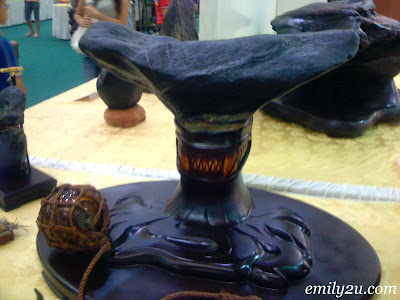 I got to know that there’s a stone lover’s club here in Ipoh. My, I did not know that there is such a thing but I tell you, even if you give me a huge one for free, I would think that it’s taking up too much space at home. Maybe I am just ignorant. 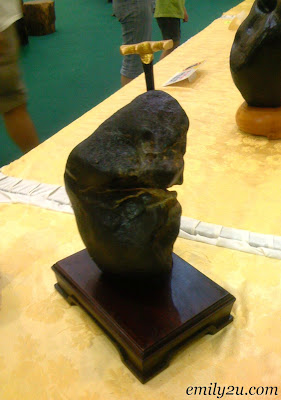 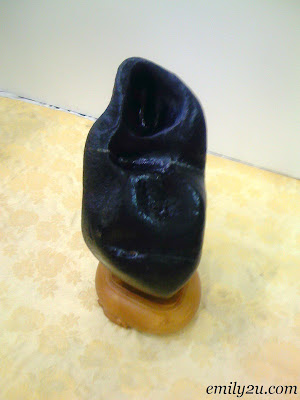 I wish, though, that the organizers would state what each stone is shaped after. Most of the stones look like animals. I figured they are so due to natural environment but the whole thing is so dark, really, I would rather have a real animal. 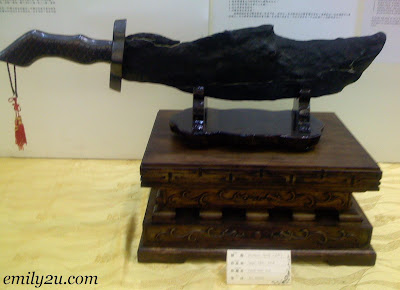 Anyway, if you are in or around Ipoh, you should go and check out this on-going Bonsai & Suiseki Exhibition in Kinta City. Whether you appreciate Bonsai or Suiseki, it would be a good experience. 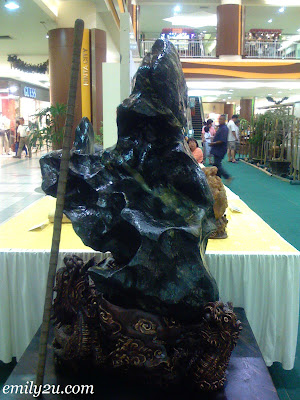