I saw a school bag in Tesco that is supposed to be an official England FA merchandise. I took a picture of the front, which was printed with a picture of four England team footballers. 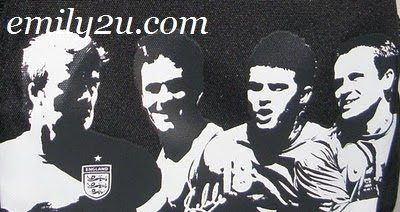 I came home to check the website of SWAN, the school bag manufacturer, who manufactured this bag but I could not find this bag in their range of products. And neither could I find such a school bag in the online store of England FA that sells a variety of official England FA merchandise.

Anyway, I showed this photo to a friend and she asked me who these people are. She said they are New Kids On The Block. Hahaha she is worse than me. I could at least identify two out of four people: David Beckham and Michael Owen but she…NEW KIDS ON THE BLOCK!!!! ROTFL