A friend wanted to know how the iPhone performs at night so here are two shots that I took one night as we stopped at the traffic lights. As you can probably imagine, I was on the passenger side of the car and took these two with the window down. 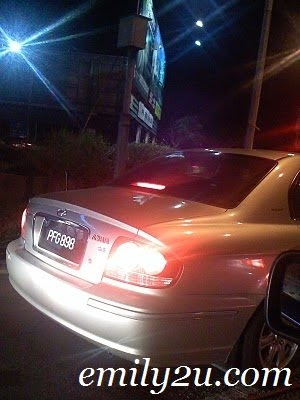 I have taken similar photos before with my Nokia E61i, shooting from the car window as we stop at the traffic lights just to test how well the images will turn out but I am very disappointed with Nokia’s night shots. They are so noisy and unfit to be published at all. 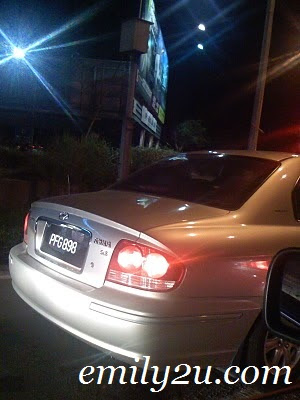 Unfortunately, these shots are spoilt by the side mirror of the car which I did not even notice when I was framing the shots, but it is not that noticeable in the photos, right?

If I had not said it before, I really like the camera quality of the iPhone and the fact that I do not need to adjust any settings at all because there is none, unlike a conventional camera where I would most probably have to at least zoom in/out and half press for focus.

I would say that about a high 80% of my photos taken with the iPhone turn out well enough for web publishing, barring those that I accidentally shot because the screen is just so sensitive.

8 thoughts on “Night Shots Out The Window”