If for all the time I spent in Suria KLCC over the past week and still missed taking shots of this beauty, I would definitely kick myself. 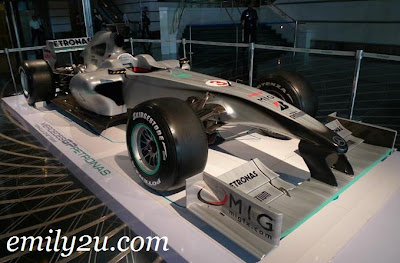 This is the Mercedes GP PETRONAS F1 Team race car, probably just the display car and not the one that is used for racing. You know, it’s too bad that I missed the street demo that was held yesterday from 2pm to 7.30pm outside KLCC but then I had to make a move already or I would have to stay another day in Kuala Lumpur. 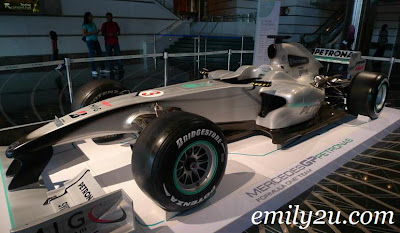 This is the second Formula One car on my blog and I am so happy. The first one was taken during ING Renault F1 Team Roadshow. Too bad I didn’t have enough time to go to Pavillion where the Lotus F1 Racing Team [http://www.lotusracing.my/] (whose Team Principal, Dato’ Sri Tony Fernandes, is also the founder of AirAsia [http://www.airasia.com/]) race car was said to be on display beginning 30th March, 2010. 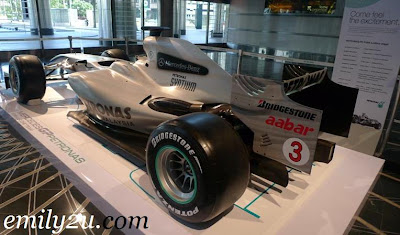 I’d really like to watch a REAL Formula One race one day but only if I have a complimentary ticket!