Malacca will be celebrating its Historical City Day come 15th of April and I can now say that I have visited the Historical State too! My friend went to Malacca for work and I tagged along when I was on a 9-day holiday at the end of March and we were there long enough for me to see most of the important sights and landmarks of Malacca.

The lazy me actually just wanted to throw in some shots from Malacca to make up a blog post of my visit to the Historical State but my blogger friend told me that such a post would not have “value” so I’m going to make an effort in identifying the photos that I took. Advice from professional blogger must take! 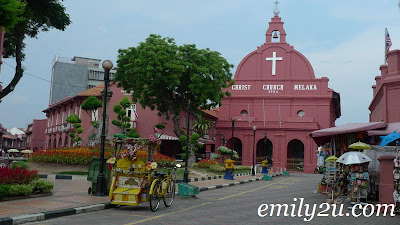 This is Christ Church which is facing Stadthuys Square. Stadhuys is a Dutch word which means “town hall”. It is also known as Red Square. Well, it is right smack in the middle of Malacca town and you can’t miss this. The Stadhuys Complex which is not in this photo but just right next door comprises the History and Ethnography Museum, Literature Museum, Governor Museum, Democratic Rule Museum and Admiral Museum.

Plenty of people hang out here in the Red Square. This is also a starting point for heavily decorated rickshaws. 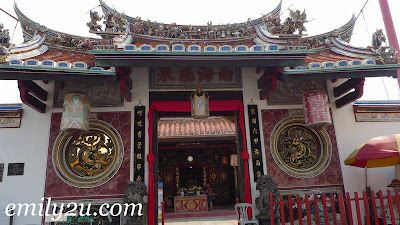 The Cheng Hoon Teng Temple is also known as the Green Clouds Temple. Where else could it be located but along Jalan Tokong (Harmonious Street)? From what I was told, this temple is considered one of the oldest outside of China. 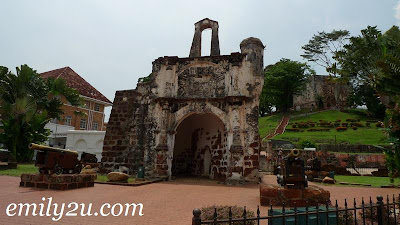 A’Famosa is not easy to locate because the road is closed to vehicles so you either need to walk in or take a trishaw in. I was told that last time, A’Famosa was just by the water line but now, A’Famosa is inland. The beach is so far away no thanks to land reclamation and development of the town. 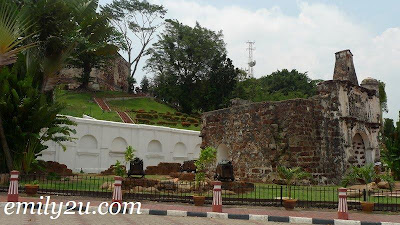 If you climb up St. Paul’s Hill, you could actually see how far the shore line has been extended. We have development to thank for but I don’t know if it’s a good thing, honestly. I would have liked walking up the hill but it was in the middle of the day and we had to make a move already, unfortunately. Anyway, there are plenty of Oriental “monks” and “nuns” milling around here trying to seek donations. Just say, “No, thank you!” 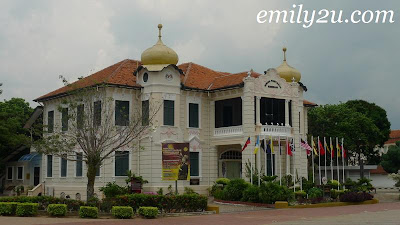 This is the Proclamation of Independence Memorial. It’s an old colonial building which looks exactly like the City Hall in Ipoh. Well, I didn’t exactly compare the two buildings detail for detail but that was the impression I had. It’s just a stone’s throw away from the ruins of A’Famosa, actually. Walking towards it, you will be able to see this memorial. 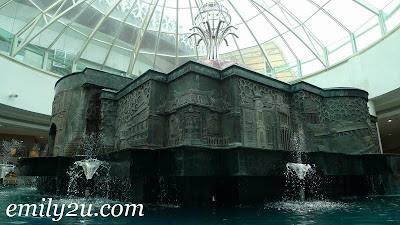 Crossing over to the other side of the road is Dataran Pahlawan. It’s a longish “square” that houses many branded retailers and a shopping mall called Dataran Pahlawan Melaka Megamall. This fountain can be seen when one enters the Northern Entrance. Boy, is it elaborate. I don’t believe that something like this could be found in Ipoh which is a shame! 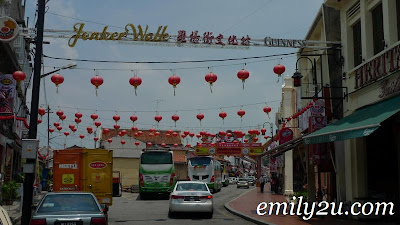 This shot was captured from the car entering the most popular street of Malacca known as Jonker Walk which many people from outside of Malacca mistakenly pronounce as Jon-ker Walk when it should be Yon-ker Walk.

We were there in the middle of the day midweek so there wasn’t anything exceptional about it. It looked like any road in any town except there were plenty of tourists. I was told that it’s another scene altogether at night during weekends. Next time must come during its peak hours! 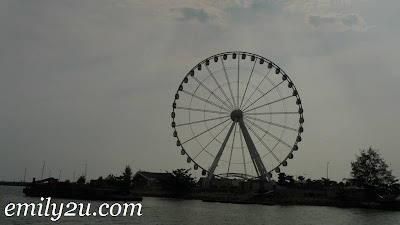 This is the infamous Eye On Malaysia gigantic Ferris wheel that was transported from Kuala Lumpur to Malacca. I don’t know if it is still in operation but going there on a weekday, it looked pretty deserted. Is it dead? 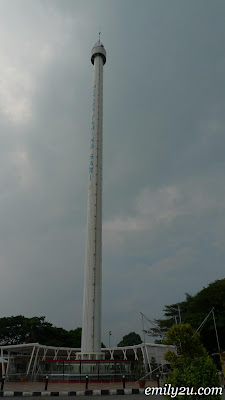 This is Menara Taming Sari, the only rotating tower in Malaysia. What purpose does it serve actually? Well, if you pay RM20 (RM10 for Malaysians and half price for children), you can take a ride up to view almost the entire Malacca Town! Too bad my friend and I did not have the time to indulge in such a ride. It would have been an awesome experience! 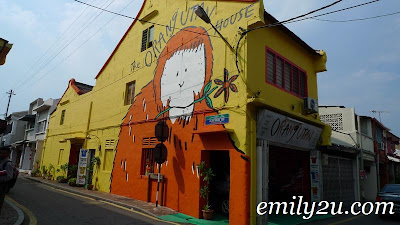 Who could miss The Orangutan House wall mural? This shop house, as far as I could tell, isn’t the original Orangutan House. It looked like a car workshop rather than an artist gallery. Besides, the Orangutan House gallery which sells the artwork of brainchild Charles Cham faces the other direction. Oh well, what do I know about directions? I lose my way even in Ipoh! 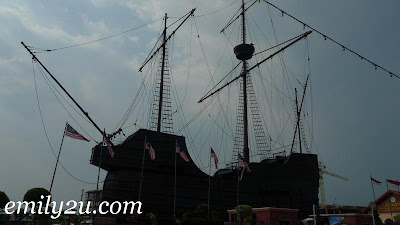 Whoops! Too bad the light was on the wrong side. Even with an amazingly intelligent digital camera, I couldn’t get a good shot and pick out the details of this replica ship of Flor de La Mar outside of Muzium Samudera. This replica ship is huge, I tell you. You can’t miss it!

I still have plenty of photos to share of my trip to Malacca. Those random shots will come in a separate post. Stay tuned!

One thought on “Malacca The Historical State [Melaka Negeri Bersejarah]”