If you are a fan of Korean dramas and movies, you surely MUST know who Lee Jun Ki is. He was voted as the “Most beautiful actor in Korea” some time back and rightly so too! If you have watched The King and the Clown, you would know what I am talking about. Man, I am envious of his beauty LOL Lee Jun Ki on the right

A couple of nights ago, I was at Kinta City for their event in conjunction with Chinese New Year and like two weeks ago, the Tianjin Peng Yang Dance Theatre Troupe of China was performing their Chinese dances. One of the featured male dancers was this guy, who to me, looked EXACTLY like Lee Jun Ki, the Korean actor. 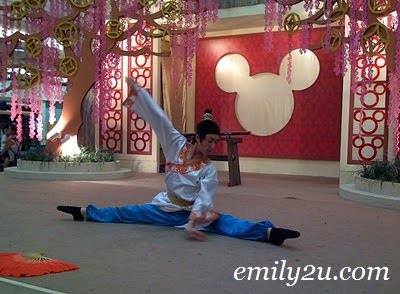 My God, I was standing in the front row and wanted to take more shots of him when an Indian girl who was squatting down, suddenly stood up right in front of me and blocked my view. I was so pissed off! This girl, I think she is only 14 – 16 years old, but she was even taller and broader than I am. Aiyo… wasted my golden chance and I only managed to take two pretty decent shots of the leng chai *sigh* It is said that there are seven people in the world who look alike. While I don’t know if that is true, I would pay a million bucks to have these two guys stand together for comparison’s sake. 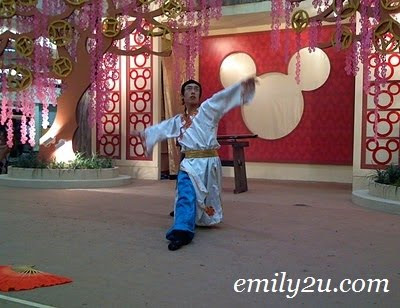