I was in Kinta City last evening and saw this huge aquarium. Hummm actually, I was there on Mother’s Day as well [yeah, I have NO life!] and this aquarium was already in place, just that I did not have the chance to get a picture as everyone was crowding around it. I don’t even understand why people were so interested in the aquarium. It’s only an aquarium, and not Mariah Carey engagement ring ma! 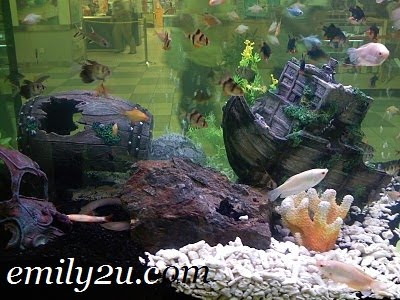 Anyways, I thought I would be able to get some decent shots of the aquarium last evening since it was a Tuesday and the mall was pretty empty but each time I walked close to get a shot, someone would inevitably go around it and get his or her image reflected on my side. Dammit! 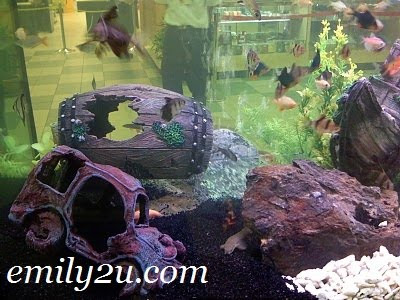 Even when there was absolutely NOBODY around, the security guard just had to come… APALAH! 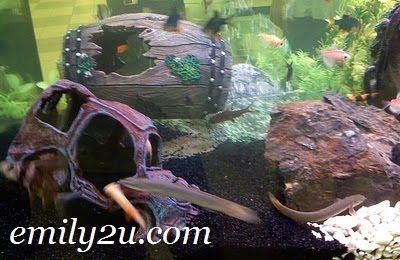 So I finally managed to take these shots which I am not impressed with. My shots of the photo frame aquarium were way better, I think. 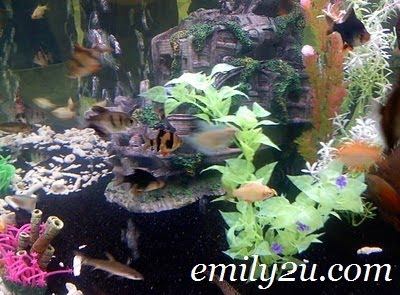