A new hotel in Ipoh by the real unimaginative name of “De Hotel” opened its doors to the public on 13th October, 2010, in the highly unlikely residential area of Ipoh Garden. For those of you who are unfamiliar with Ipoh Garden, you may not know that a new building has been erected next to the Ipoh Garden Post Office (Pejabat Pos Taman Ipoh), facing the Jalan Canning Estate / Jalan Dato’ Lau Pak Khuan roundabout. 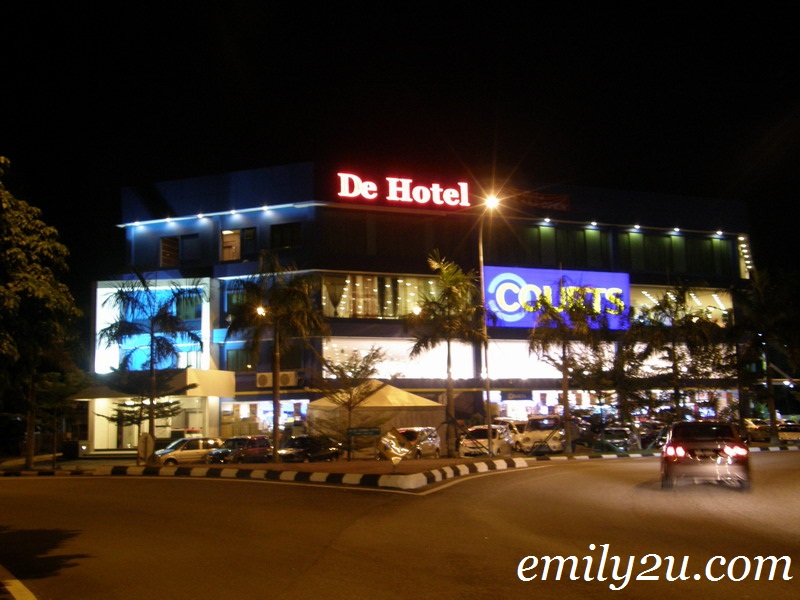 De Hotel now shares the building with Courts and Hoi Seng Restaurant. While Hoi Seng Restautrant is directly next to the Ipoh Garden Post Office, the side of De Hotel faces Jalan Chew Peng Loon. Courts is in the middle.

There are a total of 42 rooms of various sizes. I know you would like to know the rates of De Hotel so I asked. 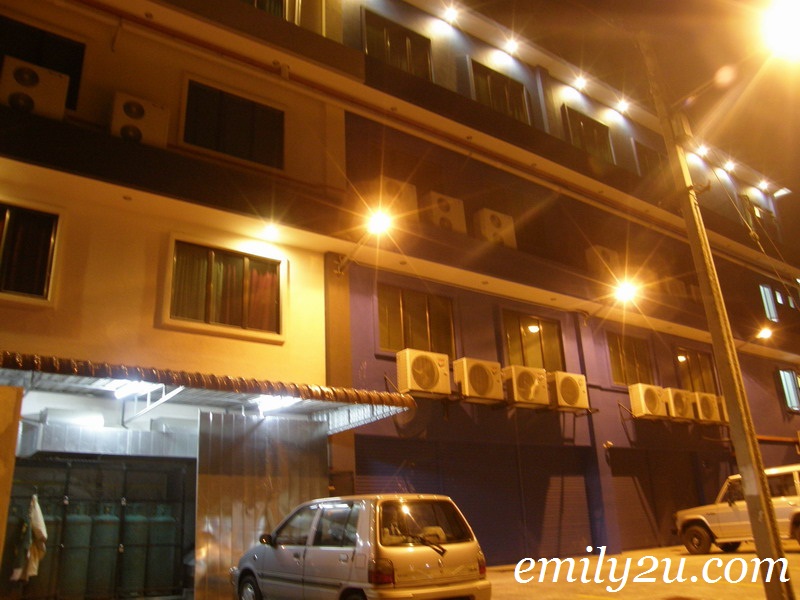 While these are nightly rates, I was told that De Hotel also serves guests who are interested in day use. *Ahem* Rooms for day use are 50% off published rates for three hours. (Note: Rates may change. Contact De Hotel directly for latest rates.)

Personally, I feel that the location is really convenient, especially if one has own transport. It’s just a stone’s throw away from EVERYTHING in Ipoh! I’m hoping to get a chance to see the interior of the rooms, though!