This is the third clown I saw in Kinta City these past few months. I shot a photo of the first clown, but did not shoot the second one as he was surrounded by too many kids. I actually met this clown twice in recent days. The first time was to entertain the kids during the Fotokem Camera Fair and this time during a promotion by Astro. 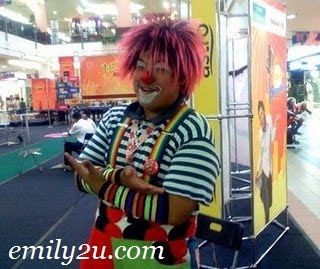 This evening, while we were all trapped in Kinta City because of the raging thunderstorm outside, I had the opportunity to request for a photo shoot. He obliged even though he was already off work. 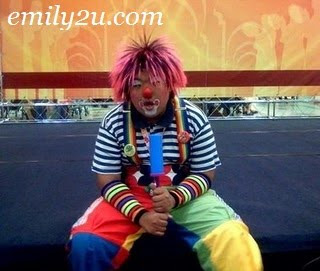 Just look at how bored he was, singing by himself on an empty stage and without an audience. I often wonder how a clown actually feels behind the heavy makeup. I mean, even if they are displeased, you can’t tell because of their large smiling lips, right? 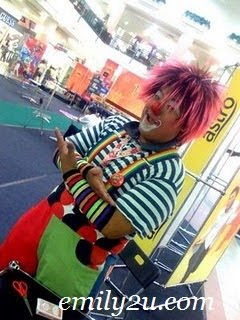 Did you know, years ago, I actually wanted to join a clown school. As you know, that did not materialize. I guess it was just as well. I don’t think I would ever be able to keep a straight face laughing at myself.

9 thoughts on “Clowning Around”