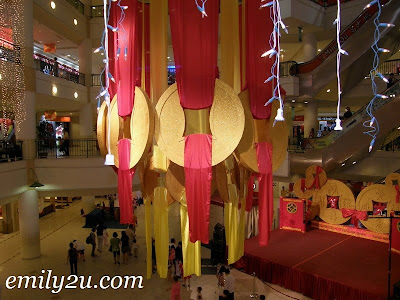 I went to Ipoh Parade last evening again because according to the Kinta City program highlights, there would be the CNY Acrobatic Performance again. Well, as far as I know, last evening was the last performance, so if you missed it, too bad but you could still view the videos I shot, particularly of this very beautiful Chinese lady contortionist.

Ipoh Parade listed last evening’s show as “Chinese New Year Dance Show”. The sound system was pretty bad, I think they turned the volume overly loud or something, and all I caught was that these dancers were from Penang. 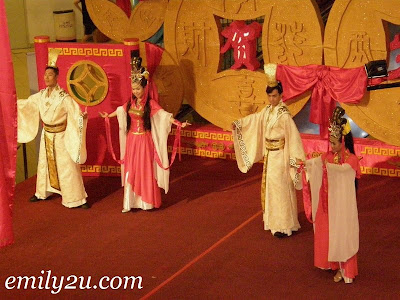 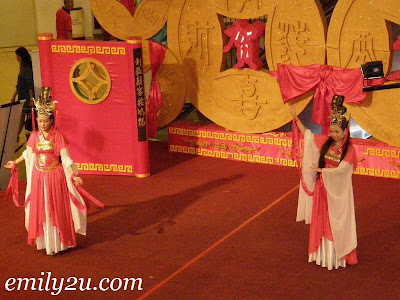 Since it was a “dance show”, all these four dancers did was dance, and wearing the same costumes in the few dances that they performed. Their ancient Chinese costumes remind meof TVB period dramas. 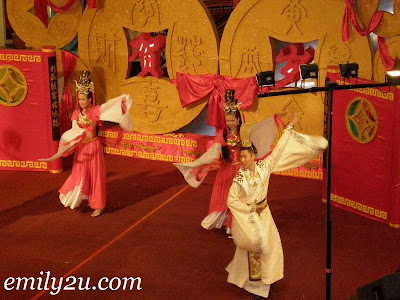 In fact, although I do not understand the stories that they tried to convey via their dances, I think the two guys were supposed to be Princes and the two ladies, lovely maidens. Mid-dance, the head gear of a Prince fell off and spoilt his regal look. 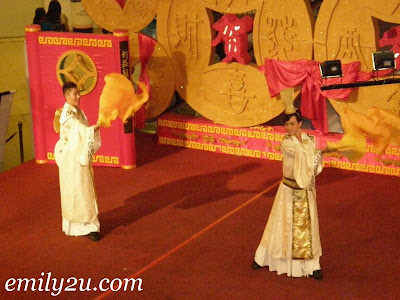 Although I like their gear and stuff, I felt that their dances were not engaging enough. We didn’t really know when a show started and when it ended. There were plenty of pauses between sets and there was once when the music stopped abruptly and so the dance ended abruptly as well. 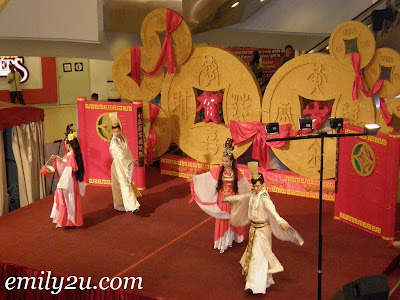 Perhaps I’m to demanding but then these people aren’t performing for free, I believe, so they are obligated to provide a smoother performance. I think it’s quite a pity that there’s not a larger crowd here in Ipoh Parade. I think the emcee should prep up the crowd at least thirty minutes before the show, reminding us time and again that there WILL be entertainment at 8pm (sharp). 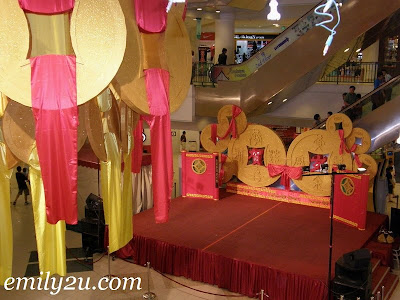 Here is a video I shot of one of the dances. I wish I had a better video camera!