As you could see from the backdrop of these photos, which is the same as my mooncake post, I went to Kinta City again. Well, they have an on-going programme in conjunction with Mid-autumn Festival. 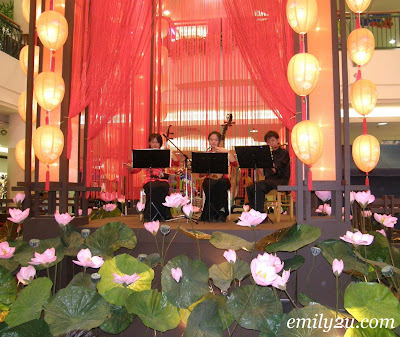 Last evening, I purposely went early to try to get a good spot. I wanted to video their performances. The show started at 8pm and I reached there about twenty minutes earlier but the two rows of seats have already been occupied. 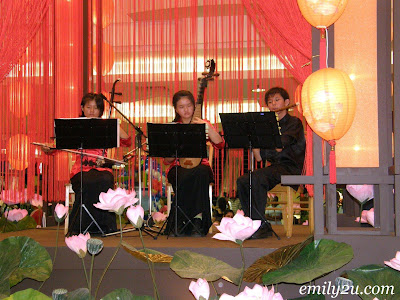 Actually Kinta City’s series of programmes started on 30th August, but I was too busy to go on the first day. But never mind, there will still be similar shows, including magic shows, Chinese opera and “face changing” performances in the coming weekends. 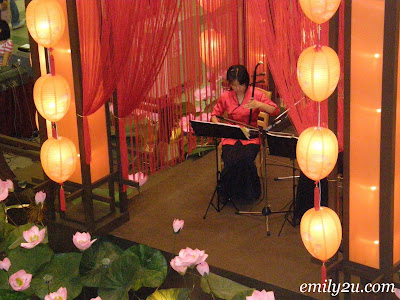 I have to say that I was pretty disappointed with the show. There was no showmanship at all. These two ladies and a young man were so engrossed in their notes that there was no interaction or eye contact with the audience at all. No one smiled too. At one point, there was awful feedback from the speakers which spoilt the already bad show.

This time, I did not use the zoom when capturing the videos to try to preserve their quality. Still uploading to YouTube has drastically reduced the quality. Audio is fine, though. You could even hear small kids chatting away. These kids spoilt my video when they suddenly climbed up chairs or put up their hands, besides chatting away. And then there were people who walked right across the stage.

Check out my videos. These pieces are popular Chinese music, though I do not know their titles, just recognize the tunes. From what I understand, these musicians are from Shanxi, China, but I could be wrong. They certainly look like any other fair complexioned Malaysian.