My friend, Amy, told me that 100 ¥en is a very popular store. I don’t get why it is so popular. 100 ¥en opened in Ipoh on 18th October, 2008, if memory serves me well. In fact, half a year after their launch, they are still hanging these banners outside.

The reason I don’t get why 100 ¥en is so popular is because they are using the same concept as RM1, 2, 3 stores and those “flat price” stores which we can find in shopping malls. Off hand, I cannot remember any names, though, but the concept is the same. 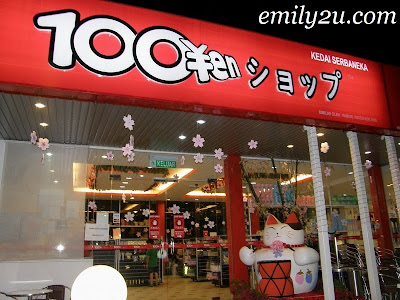 I have passed by 100 ¥en multiple times but have only stepped into the store a couple of times. Their household items are nice, supposedly from Japan, but I spotted China products as well, but I always go home empty handed because they don’t have what I want. Or perhaps I don’t want what they have. 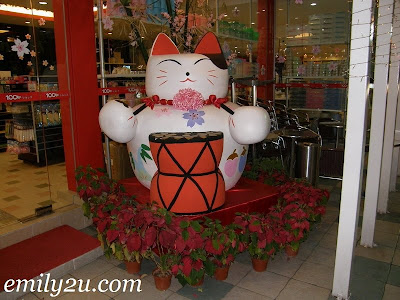 Anyway, since I had my camera on me the other evening, I decided to shoot some photos. They have a new prop outside the store; a Japanese fat cat. And they have also decorated the interior of the store in conjunction with Chinese New Year. 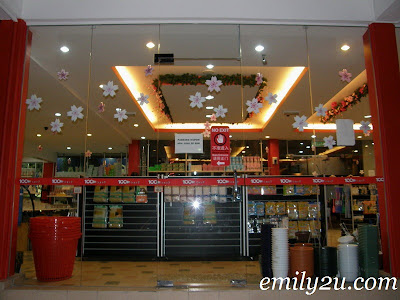 The store looks so warm and welcoming, doesn’t it? By the way, if you do not know where 100 ¥en is, it is located between Ipoh Parade (back) and Majlis Bandaraya Ipoh.